● What did the boy in ' Thank You Ma'am ' not run away through he found the door open ?

● Why did Roger not to try to run away later although he had an opportunity to do so ? 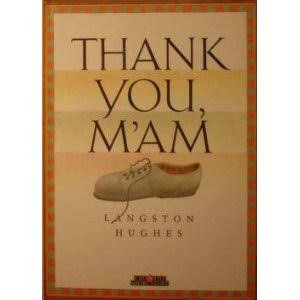 Though Roger tried to snatch the pocket book of mrs. Jones. He wasn't brutally treated by the woman. Rather he was taken to her house and offered to have food with her. Then Roger told to the woman the reason behind snatching the pocket book was to buy a pair of blue jeans and shoes. After that, Roger realize that she was not like other women. He found motherly affection in mrs Jones. This thought possibly brought a change in the honest and simple mind of Roger. Infact Roger was not a thief. He just needed some money for buying a pair of blue suede shoes. So he tried to keep himself within the woman's sight as long as he was in her house. He did no more want to be mistrusted by the woman. So Roger didn't try to escape from the house despite having a chance.
Similar Questions
4.94 / 169 rates
Thank You Ma'am